A former board member of ID, Grace Colby supports a student of outstanding promise through the Grace Colby Fellowship.

ID alum and emeritus board member

From founding an internet startup to becoming an executive producer, Grace Colby (DSGN ’85) demonstrates the breadth and possibility offered by an IIT Institute of Design degree. When Colby decided on an education in design, she knew she also wanted a tech-focused environment in a major city. ID was an ideal fit.

The Institute of Design teaches you how to think and how to learn. No matter what you embark upon you can always use those skills.

A career in media and technology

After completing her bachelor’s degree at ID, and earning a master’s degree from MIT, Colby co-founded Art Technology Group (ATG) and developed its design department. ATG started as a boutique technology and design firm and evolved into an e-commerce platform that is now a part of Oracle. In building a team that could design for an e-commerce platform in the internet’s infancy, she recruited ID graduates.

With her combined skills in design and technology, Colby conducted significant research, which has been published in SIGGRAPH, CHI, and SPIE proceedings. 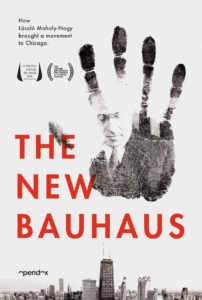 Colby has also found success as a filmmaker. She was associate producer of the film Little Men (2016), which premiered at the Sundance Film Festival. She also served as executive producer of The New Bauhaus, a documentary about how László Moholy-Nagy brought the famed German art and design school to the United States and laid the foundation for what is now ID.

“Filmmaking builds on my existing expertise, adding narrative and the business side of production,” says Colby. “It has been exhilarating to gain new knowledge and rewarding to help bring these important stories to light.”

Funded by ID alumna and former board member Grace Colby (BS 1985), this fellowship supports a PhD student of outstanding promise.